CHOOSING TO BE A MISTRESS*

How does a woman end up being a mistress? And most of all how can a woman that has it all accept to be a mistress? because I am talking about the ones that know what’s really going on. What’s the secret component of her black box, the so called brain, that stops working and that allows her to accept such lack of respect? Because this is what I see in being a mistress: a lack of respect coming from the one that “chose you”. But today I am not talking about him, he’s just being a man, the woman is the one that says yes.
First of all, being a mistress is a condition that a woman chose to accept. You are not a mistress because you were born like that, or because that’s what it says in your identity card or in your daily horoscope. You are what you are because you accepted to go on when you found out the truth. In that twisted moment you put your stilettos on and you walk all over your pride. You went on for different reasons, involving the matters of the heart, or the ones of the bank account.
The bank account is the easiest. No feelings involved, just sex, shallow fun, secret trips and expensive gifts. The perfect situation for the man, who gets back home to a naïve loving wife. The problem becomes bigger when feelings are involved, when the woman accepts being a mistress because she feels something for him, something so strong that she starts believing every lie he tells. And this is where all the drama begins…he’s a modern day Pinocchio, she’s in love. There’s also the third character, the big bad wife as he sais, the absolute which, b**ch or any other lethal mythical creature.
No, honestly talking, how can a woman believe all that bullpoop? Even if she believes it or not, it doesn’t really matter as long as she doesn’t suffer from it. But when a mistress starts suffering she downgrades to – please excuse my honesty – a stupid woman. If you accept to love another woman’s man, to be alone on all your important moments, on holidays, on going outs, if you accept to share with another woman the thing you want the most only for you and most of all if you accept being (mis)judged by those who know the real story, well, in this case this is what you became.
There aren’t too many cases where the mistress is more official than the wife, or where the wife is really related to Medusa, so if you accept it, it means you are able to support the consequences. But when you start suffering you realize you don’t like the game's rules anymore, and that is bad for you. Very bad. Awful. It means you are now a mistress that wants a family with another woman’s man. There is no interdiction about wanting a family with the man you love, but when these desires make you suffer it means things are getting out of hand.
Let’s be honest for a short moment. Most of the times the man enjoys this situation. He has a woman at home that takes care of all the house work and another one that makes all his wishes come true hoping he will see she is better than the wife. And when the second one knows and accepts the presence of the first, we’ve got a BINGO. Why would he ruin this ‘stability’ when he has all he wants in two places? The wife takes care of the daily tasks, the mistress helps him escape. The desire of showing that she’s far better than the wife turns the mistress into a  superwoman, ready to do anything to convince the man that she’s worth it.
And all of that being said, how do you expect the man to give up on one of his jewelry? As long as you’re ok with it, nothing will change. And if you accept it hoping that time will bring a change you are so wrong, it’s just an excuse you use for not feeling guilty for being a mistress. why would a man complicate things when everything is going well? He has two women that give him everything. His only concern is to satisfy them both and not to mix their birthdays.
I never believed and I never will believe that this situation is as difficult for a man as it is for a woman. They don’t worry as much as we do and besides that they have a great talent in finding an excellent excuse for every touch of wind that makes their phone vibrate at 3am, or for every football/soccer/basketball/croquet/squash game that lasts till next morning. So no, I don’t believe they’re living this situation as hard as we do. The only time we find excuses as good as theirs is when we cheat on our diet and when we want to be a mistress. "I’ve been eating air for the last three days, a big chocolate (and chips, and ice cream, and cake) wont hurt my diet", “he couldn’t come tonight, he’s having dinner with her parents, it’s normal, it’s his father-in-law birthday”, “some French fries wont hurt, I’ll swim 30minuts longer or tomorrow I wont eat anything”, “I know we cant go to the cinema, what if someone sees us? I don’t want you to have problems with her, we’ll wait until we’re official” (I don’t want my a**, of course I want her to find out and throw your bags out the door but I’m showing you how perfect I am and how I understand your concerns…) 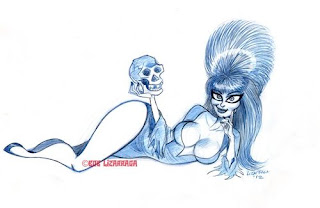 Since when has love become a naivety catalyst? Seriously, I remember a time when women got mad for being lied to and, with the risk of being considered a real old school woman, I still get mad! Since when we can have our brains washed so easily? I mean why accept the leftovers? Why not look for what you deserve instead of grabbing what gets thrown to you? Why has love been used lately as an excuse for accepting to be disrespected? Why should true love be a secret? The hidden the relationship, the greater the love? That’s not love, that’s an adrenaline addiction; go do some bungee-jumping, it’s much healthier for your self-esteem.......

Grab a sour cherry and enjoy!

*A mistress is a long-term female lover and companion who is not married to her partner; the term is used especially when her partner is married. The relationship generally is stable and at least semi-permanent; however, the couple does not live together openly. Also the relationship is usually, but not always, secret, see full wikipedia definition
Posted by Sour Cherry at 01:30

Get Sour Cherry in your mail